From being expelled from mainstream education, a victim of extreme violence and imprisoned young – growing up in London wasn’t what it should be in a city renowned for endless opportunities.

When life is hard, you can give up. But Richard came out of the other side determined and ready to fight for his future. 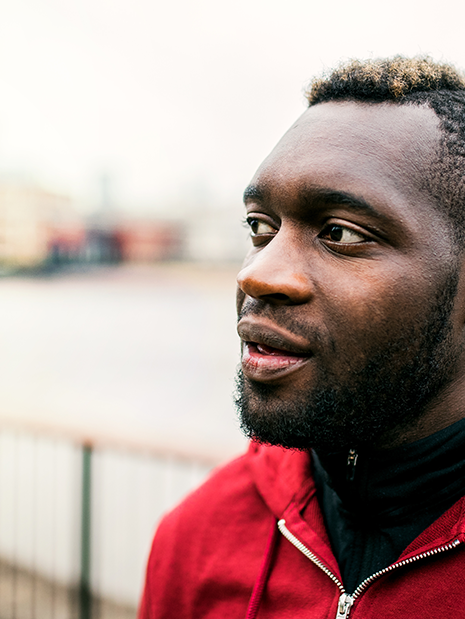 We grew accepting the block, the lifestyle and everything that came with it as normal, but it wasn’t

Growing up all the kids had on the estate was a park with one swing and a broken seesaw. The youth clubs were shut all the time. We had no one teach us about life, or take us on trips. There were no programs, or anything interesting to keep kids off the street.

The police always thought we were up to something, even when we weren’t. The first time I got stopped was when I was riding my bike from the shop. A police man starting running and yelling ‘I see three males’, I was by myself and didn’t think nothing of it.

Then I was dragged of my bike and asked a lot of questions which sounded more like accusations. I found out I was a minority and I wasn’t sure how to feel about it. We feel as if we were judged left, right and centre. If you’re black or Asian you’re considered a minority who will not make it to 30.

I found out that kids don’t play with toys anymore, but with guns, knives and people’s lives.

My older brother was in a gang so I was exposed to a lot young. By primary school I knew about girls, sex and drugs. I was interested by the lifestyle and the older I got, the more intrigued I became. Until eventually l decided to join the gang. I wanted to feel power and respect.

A gang is what we were referred as, but I saw them as family – as my brothers and sisters. I felt no one cared about me or helped me as much as they did. What we went through, we all went through. I didn’t feel I could speak to anyone but my brothers, they were all I trusted and all I knew.

But family, loyalty and love were all illusion, they never really existed. They just made me think that.

It started off being fun and mischievous, but turned violent and evil, which seems to be a cycle never ending. In the end I was willing to take a life for an area that doesn’t belong to me and for people who will continue their lives as normal, even when I’m gone. 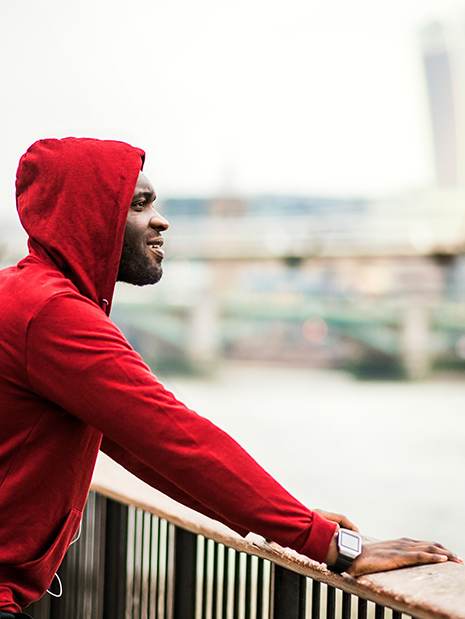 I lost years of my life that I would never get back. I went in a boy and came out a man. I knew I never wanted to waste any more of my time not contributing to my future.

Once the verdict was read my bubble burst. I went from dreaming to reality. I realised I wasn’t invincible, I had been judging all my life and now it was my time to be judged.

Too many people are sent to overcrowded prison units and not given the help and support they need. Some people complete their sentences without doing any work or making any progression. There’s times they leave the same person as when they came in. Without knowing any better or being any different and end up back to where they started.

More time should be taken to find out what young people want, rather than what they need

I grew older and became wiser, saw things for what they were rather than what I would like it to be. It was all lies, illusions and time wasted – but I could not waste anymore. I understood myself better, what I wanted and where I was going. Reading became my mind’s best weapon. Emotions become something I could feel and learn to control.

Even though we hadn’t been through the exact same things, it was similar and we could trade stories for days

I never got along with probation, my younger eyes saw them as the enemy and not showing enough help and support.

I was put in touch with Safer London. To be honest at the beginning before my first meeting with my Support Worker, I was hesitant. I wasn’t sure what I was getting myself into. But within minutes of meeting for the first time we connected instantly.

He was easy to communicate and get along with. He taught me to grow, share and that I should never give up. We made a plan together and within a year we completed what we needed.

I met Safer London’s housing officer, he worked with me and helped me a lot. Even though I was a man I never knew everything a man should, but he helped me learn. By the time I finished working with him I knew about bills, council and housing. We went through hours of council meetings and applications. He helped me into my hostel flat and we successfully got a grant, which I doubt I would have received without his help.

I cannot praise Safer London enough for their help and support. I’ve never had the support before and I’m 24 now, which says a lot. I like how they invested their time in me and encouraged me to do anything I wanted to do. They understood me and I understood them.

We provide one on one support to young Londonders impacted by violence in the community.

Working in partnership with organisations, we provide caseworker support from a trauma responsive approach, as well specialist services that are tailored to the needs of the young person.

Safer London offers housing support. Working alongside young Londoners, we raise their awareness of housing options available to them and provide advice on how best to access that resource.

We can advocate for them, referring them to housing providers and speaking on their behalf.

If you know a young Londoner who could benefit from Safer London’s support, then get in touch today. We welcome enquiries from all areas of the community, whether directly from young Londoners, families, friends or community groups. As well as professionals in statutory or non-statutory services.