To mark Black History Month interview, our Specialist Housing Advisor talks about his mum and what it was like growing up in Brixton as a young Black man.

My mother was Mary Louise Danvers.  All her children and grandchildren called her Mama and the local people knew her as Miss Dan or Mae.

She grew up in a town called Ginger Ridge, high up in the Juan De Bellos Mountains in St Catherine parish, Jamaica.

She like many rural Jamaicans experienced poverty.  They were a farming family growing sugar cane, coffee, yam, cocoa, (as my mum would say Charklitt), but my mother made her money as a seamstress. She would make clothing which she would sell to her neighbours and people in other towns.

She decided to come to England to escape poverty.  She would say “We never know whe de next meal would come from so mi tell mi husban’ mek we tek a chance nuh”.  Her husband would not hear of it at that time, but my mum was always headstrong.

My Grandfather Peter Douglas cut down, milled and sold some trees to get the money to pay her fare. She left her husband and four children in Jamaica and departed on the RMS Queen Mary in 1953.

She rented various homes in England, but in the 1960’s she bought the house where I grew up – in an area known as Brixton, but the postcode said it was Herne Hill.

She told me “Dem time deh, a woman couldn get no margrage, mi did hafi mek a deal wid de howna”…. translation:  in those days a woman couldn’t get a mortgage so I had to make a deal with the owner.

She worked all day every day – at the most powerful and scary electric sewing machine I have seen to this day – making clothes so that she could pay off her mortgage and feed her children.

She saved and sent money home to repay her father, support her mother (Miss Ambrosine Sayers) and to bring her children to join her.  The separation had a lasting impact on her children and her relationship with them.  The youngest child at the time didn’t even know her as he was less than a year old when she left. After coming to England she had two other children, my brother and me.

When I look back I can say we were bad kids, regularly suspended from school, expelled, (twice in my case) and in trouble with the police.  All through that she stuck by us and did her best to give us the skills to survive and pride in ourselves.

I still miss her. 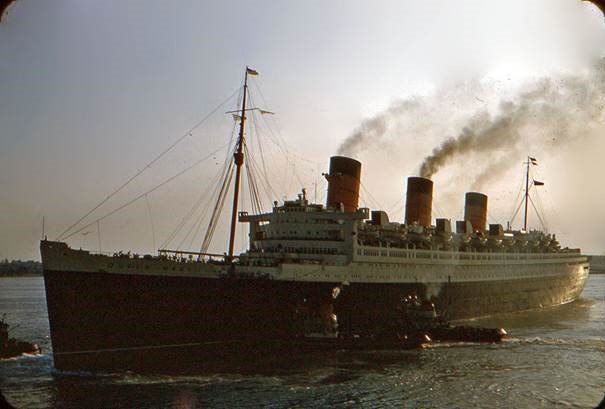 The RMS Queen Mary – the ship Mary Louise Danvers travelled on from Jamaica to England.

I’m glad that Black History Month is there, but wish it would not have to be.

My thoughts of Africa when I was little was monkeys and jungles. No one told me about the riches and culture that Africa had, so it bred a kind of animosity between West Indian people and African people.

We as West Indian felt a superiority without knowing these people were from our ancestral home and saw them as slightly under us, but in truth they were us. We couldn’t see that cos we didn’t know anything about it.  I learned about slavery from watching Roots.

We were a poor family but I didn’t know that because we never went without. My mum made my clothes when I needed anything, I didn’t really notice the poverty. At the time Railton Road was very mixed, but as the years went by more white occupants moved out and black occupants took over!

I was a mischievous child, but anything I did in the local area my mum found out. She never told me how she found out, but everyone knew whose children belonged to who. So when you were getting up to mischief you had to be careful. Everybody had a little group, we would get together after school, scrumping and other things. We spent hours and hours in Brockwell Park.

Racism was quite rampant – mostly when you left Brixton – in places like Streatham, Clapham. We knew who we were, you had to be twice as good to get to the same place.

Rasta music was big at the time and that was telling us about racism as well. Our generation was the first born and had a sense of rebellion against racism, so what our parents took we were not going to take. The police would approach us and expect a subservient response – that happened to me more than once.

One incident outside the local youth club, they would have dances there on a Thursday or Friday. One night an old guy drove the van to collect the sound system, he wanted to go to the toilet just when the police came and they wouldn’t let him go so we were telling them to let him go. The police wanted to arrest me which I resisted and it turned into a 25 minute fight, I got arrested and ended up in juvenile court and got sent to DC.

Linton kwesi Johnson used to visit and he put me in touch with Paul Boateng who appealed for me and the judge ruled that the police had no right to arrest, they never should have arrested me in the first place! 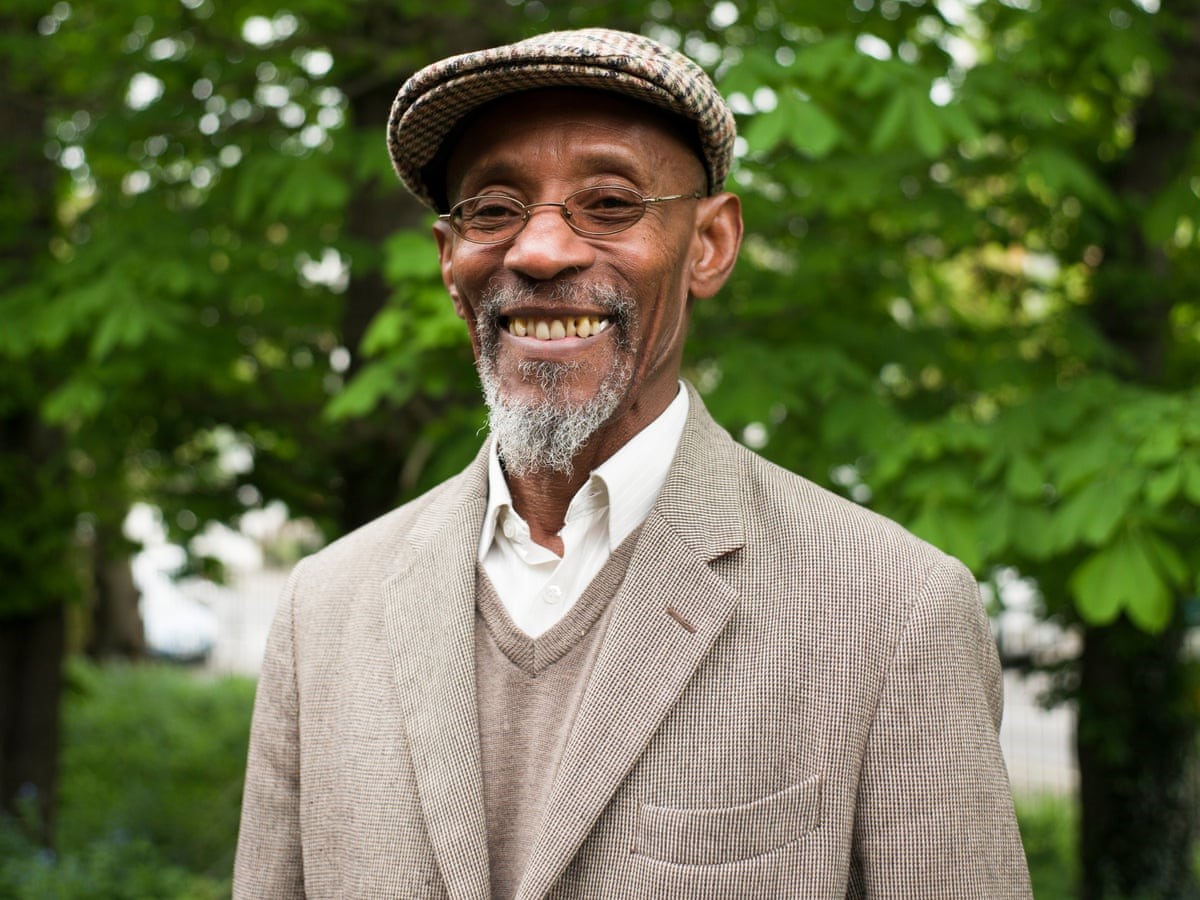 Having my first child changed me.

I was looking after him one day and met with my arch enemy, we both wanted to fight but I couldn’t because there was no one to hold my child. So I had to leave the fight and walk away. When I got home I had to think about what would have happened if I had got stabbed. Little by little I had to leave those ways.

Our traditions that we still carry on are rice and peas and chicken on a Sunday and fish on Friday. We used to go to Church on Sunday, mum didn’t go because she was too busy.  She would give us money to put in the collection and we would spend it on the table football after church.

Every Sunday just as we were on the way home from church we would listen to Reggae Time on BBC Radio London with DJ Tony Williams. We would stop off at the first house playing that reggae show – any house! Just stop and sit down outside and chat. 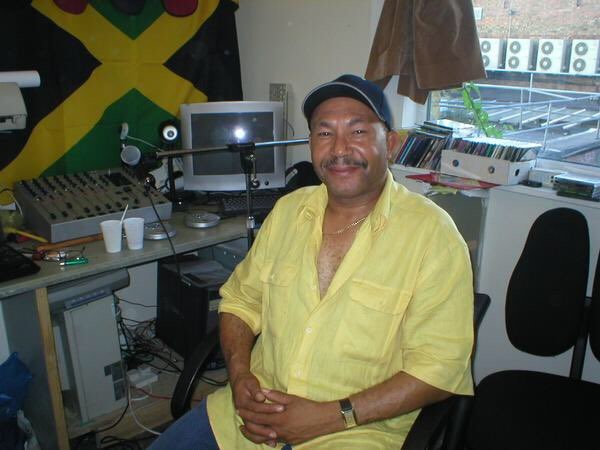 Advice that I would give my younger self? Be less prideful, don’t worry about what other people think of you, and learn to argue not fight.

When you argue you teach yourself, it took me a while to learn to argue. And not be afraid to be the nerd.  It’s the nerd who pays attention in class who will come home and do his homework, me and many of my friends who had high intelligence got great scores, but we wanted to be the cool guy, the funny guy, and we could’ve gone on to achieve much more.

I am glad Black History Month is there, but I hope for the day when our history is incorporated into history the way it is taught in school.